The Airlnk Express routes travel throughout Dublin City center with stops at all the city's major business hubs. Airlink 747 and 757 both have stops at the IFSC and The Convention Centre Dublin and Yahoo, while the Airlink 757 route has stops close to Dublin's Tech Quarter which includes Google, Facebook, AirBnB, TripAdvisor, Squarespace and Accenture.

The IFSC, or Irish Financial Services Centre is Ireland’s central financial hub and is situated along the north quays of the river Liffey, just a short walk down the river from O’Connell street.

The IFSC is a thriving part of Dublin’s business life and it is the economic heart of the city with over four hundred companies located there and with over thirty five thousand employees.

The IFSC has enjoyed huge success since it was first established in the late 1980’s, thanks in large part Ireland’s low corporate tax rate, which has stayed at 12.5% since 2003 and which therefore attracted financial institutions from around the world to locate their businesses in the IFSC. 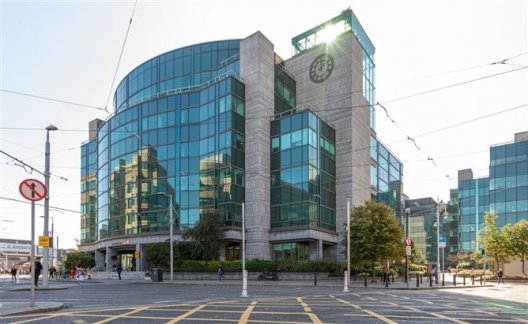